Before explaining IVF it is important to have a basic understanding of the female menstrual cycle:

The ovaries are controlled by a hormone called FSH (follicle stimulating hormone) produced in the brain. At the start of each menstrual cycle the brain releases FSH and, in response, a number of eggs are "recruited" or withdrawn from the "bank".

These eggs start maturing and each egg grows in a capsule of fluid called a follicle. A follicle is, in fact, a small cyst. Although many eggs start on this journey, within a couple of days most will die and disappear, and only one or two will continue to grow and mature.

Around the time of ovulation, the rising estrogen levels act on the mucus at the cervix, making it stringy – like the white of an egg. Normally the cervical mucus is thick, and is designed to prevent any bacteria from getting in to the uterus from the vagina. The estrogen makes the mucus sperm-friendly so that the sperm are able to penetrate through the mucus and get into the uterus and then on to the fallopian tubes.

After ovulation the egg is picked up by the many tiny finger-like structures at the end of the fallopian tube called fimbria. A sperm will then fertilize the egg in the upper part of the tube. A fertilized egg is called a zygote and then, once it starts to divide, an embryo. The early embryo spends 3–5 days in the tube before it reaching the uterus where it will then implant in the uterine lining (the endometrium) and begins to grow.

What Happens in an IVF Cycle

During IVF you are given medications that manipulate your ovaries and the eggs being produced. The idea is to try and get several eggs to mature, not just one or two. The follicles where the eggs are developing can be monitored by ultrasound and by measuring your estrogen levels.

When the eggs are mature, they are taken from the ovaries (using a fine needle which is passed through the vagina under ultrasound guidance) and handed to the embryologist. The eggs are then fertilized with your partner's sperm (or, in some instances, donor sperm).

The fertilized eggs (embryos) are then cultured under very strict conditions and examined each day by the embryologist to assess their progress.

Sometimes more than one embryo will be transferred, and sometimes the other good quality embryos will be suitable for freezing for your later use. Our aim is to enhance the chances of pregnancy but limit the risk of multiple pregnancies. 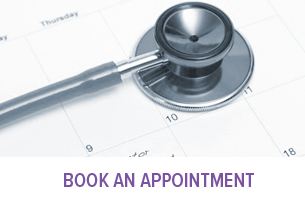